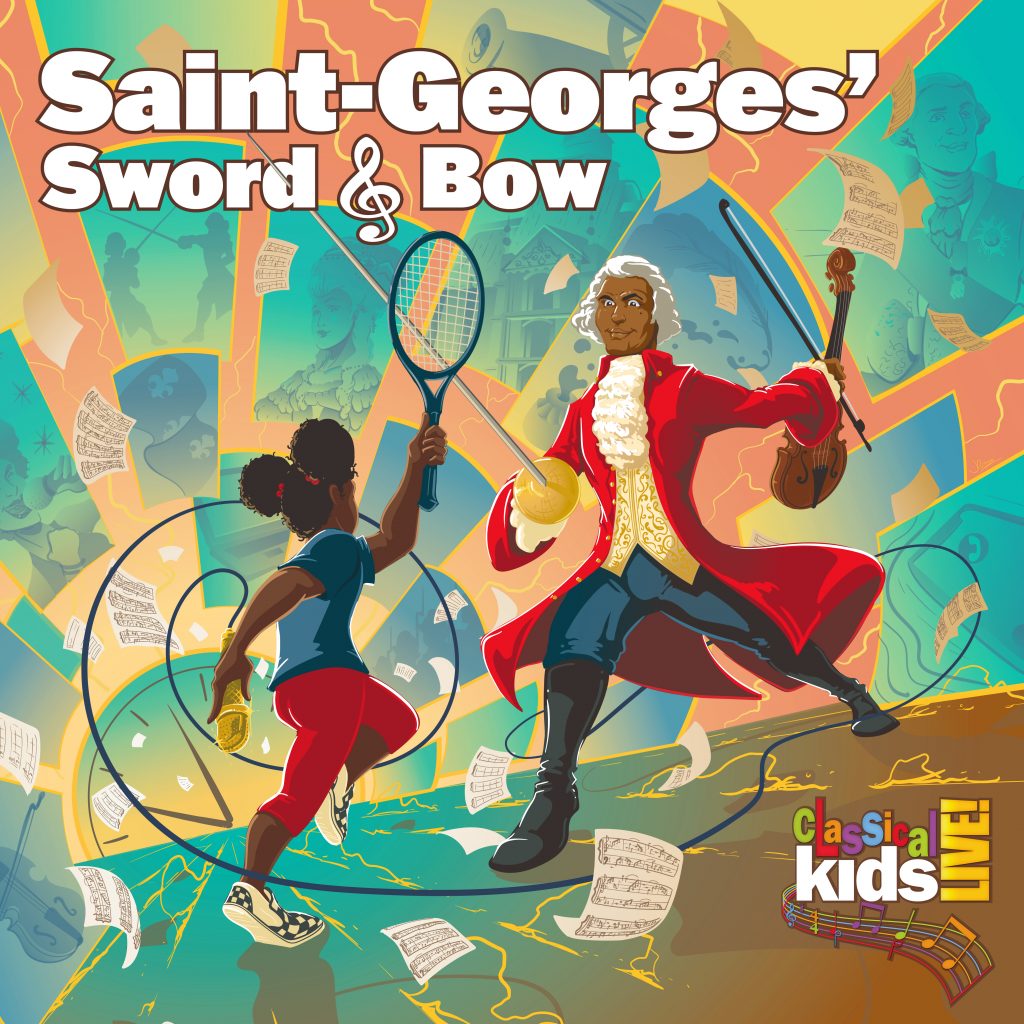 A contemporary of Mozart’s (over whom Mozart was reportedly sick with jealousy) and widely considered to be the first known classical composer of African heritage, Joseph Bologne took the 18th century French music scene by storm with his virtuosic violin skills and his prowess with a conductor’s baton. An unparalleled fencer as well (connoisseurs of the art form at the time regarded him as the greatest swordsman in Europe), Bologne put his music career on hold to join the French Revolutionary war efforts, and in 1791 he was appointed the colonel of the newly created Légion Franche de Cavalerie des Américains that was comprised mostly of men of color. The tour de force of artist, athlete, and man of action is certainly unique in the history of music. We are thrilled to bring the brilliance of Joseph Bologne to a new generation of adventurers!

Saint-Georges' Sword and Bow is NOW AVAILABLE to book for the 2023-24 season!

Look for Le Chevalier in an orchestra hall near you!

Hoping to become the next great pop sensation, a young girl discovers her music teacher was the biggest star in 18th century France. In this time-bending musical adventure, Giselle learns about life’s triumphs and tragedies from the most accomplished man in Europe, the Chevalier Saint-Georges. A captivating story of of passion, dreams, legacy and hope. #Saint-Georges!

Here are some of the brilliant artists working to bring Saint-Georges’ Sword and Bow to life! 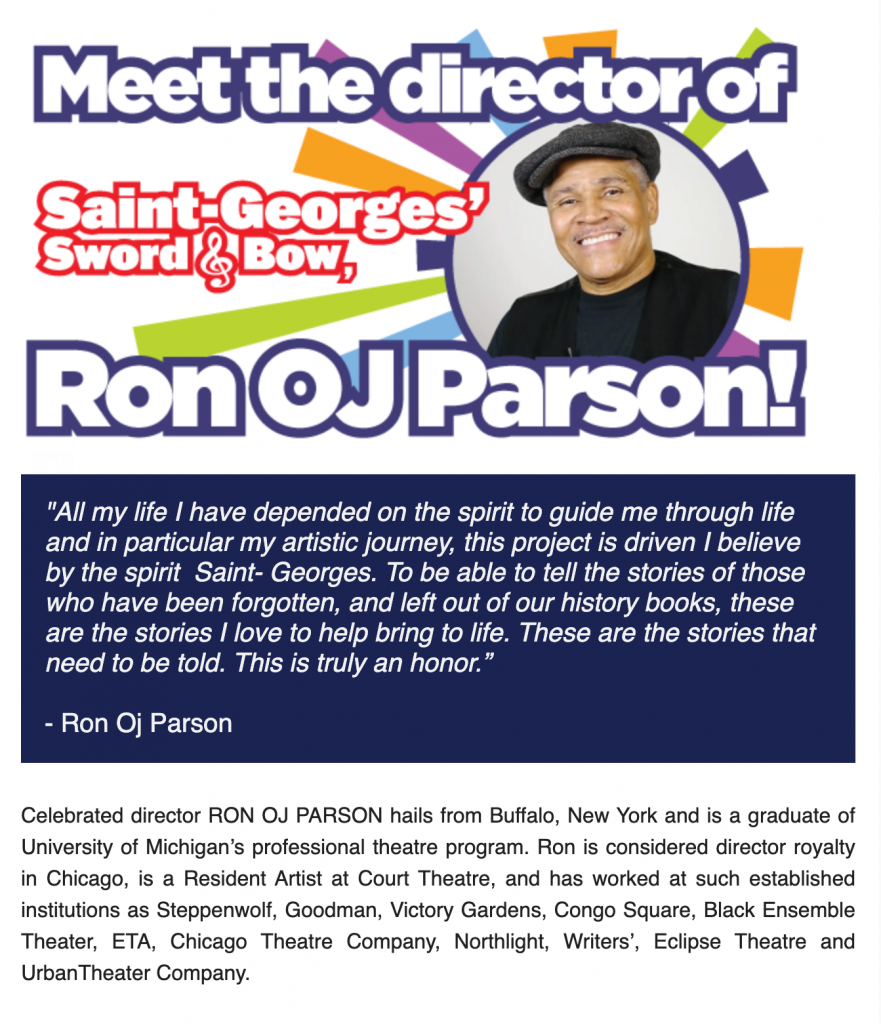 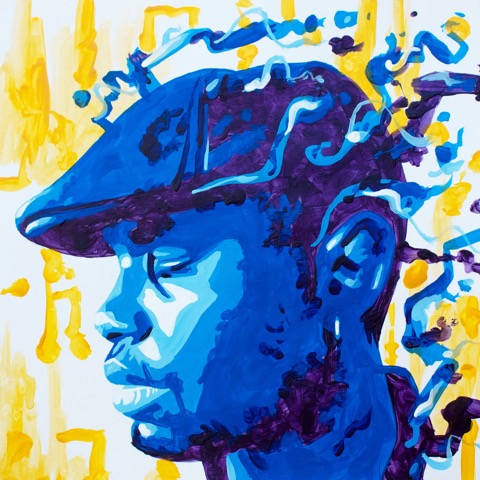 Classical Kids is thrilled to announce that we’ve selected the acclaimed artist Gill Sotu, a navy veteran, poet, playwright, musician, DJ, and performing artist, to lead us bravely and enthusiastically into the world of Joseph Bologne!

Mr. Sotu is a two-time Grand Slam Poetry Champion, two-time Raw Performing artist of the year, multiple TEDx presenter, and commissioned playwright with The Old Globe Theatre as well as other prominent theatres throughout southern California in partnership with La Jolla Playhouse. He is also a teaching artist with the Globe and Playhouse while serving as the official Poet in Residence for the San Diego Writer’s Festival. Gill has been commissioned to produce original pieces for leading arts and community organizations around the country, including creating young audience symphony productions for the San Diego Symphony. That, together with being a loving father of three young children, make him the perfect choice for Classical Kids.

We are so excited to bring spoken word, hip-hop and neo soul into the symphony concert world to help bridge the gap between today’s youth and the golden age of classical music, allowing orchestras and audiences to expand their ideas of who the great composers are and how we tell their stories. 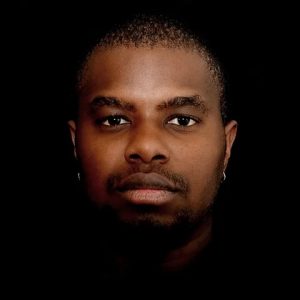 “I cannot express how excited I am to be working with Classical Kids on this important project. As a father of three young children, to be able to help tell the incredible story of Joseph Bologne in a way that they can understand is an amazing opportunity for them and for me. To be able to use all my passions to tell his story – spoken word, playwriting, hip-hop, neo soul… is thick icing on an already very delicious cake. Illuminating who Saint Georges was and the impact he had on music, on justice, and on the breaking of barriers is extremely important. I am honored to be a part of this critical and timely work.”
– Gill Sotu

Preparations for our upcoming brand new Chevalier Saint-Georges production are well underway, and we are thrilled to announce the MUSIC TEAM!

We are beyond excited for these amazingly talented people to put their heads together to make sure that the music in our production sparkles just the way Le Chevalier intended it.

Who was Joseph Bologne?

Born on the French Caribbean island of Guadeloupe, the son of an enslaved woman of West African Senegalese origin and a wealthy French plantation owner, Joseph Bologne, Chevalier de Saint-Georges, was widely regarded as the most accomplished man of his age. Even former US president John Adams called him “the most accomplished man in Europe”. Dancing and fencing his way into the hearts of French nobility, he graduated from the Royal Academy in 1766 and was made an officer in the court of King Louis XV. He was henceforth known as “Le Chevalier de Saint-Georges.”

Not only was he among the most important musicians in Paris during the pre-revolutionary period, but he was also a superb all-round athlete and man of arms. Among connoisseurs of the art of fencing, Saint-Georges was considered the finest swordsman in Europe, possessed of extraordinary speed, flexibility and grace, qualities that he also exhibited in abundance as a virtuoso violinist.

The combination of artist, athlete and man of action – for he also held military commands during the revolutionary period – is unique in the history of music and in the man himself, scarcely less extraordinary than the phenomenal range of his talents.

He began his professional career as a musician with Les Concerts des Amateurs. He made a sensational debut as a soloist with that orchestra in 1772, playing two violin concerti of his own composition. In 1773, he was named the conductor of the orchestra. Under his leadership, it became regarded as the finest orchestra in Paris and one of the finest in all Europe.

Later, Bologne became director of the newly formed orchestra Le Concert Olympique. Queen Marie Antoinette, an accomplished musician herself, frequently attended its concerts and Bologne became her personal music tutor. Under Bologne’s baton, the orchestra notably premiered Haydn’s six “Paris Symphonies” in 1786 with the queen in attendance who remained a supporter and even accompanied him on piano at private performances. Mozart, a contemporary, was known to be supremely jealous of Bologne, copied parts of his violin concertos for his own Concertante in E-flat Major, and dedicated the villainous character Monostatos in The Magic Flute after his rival.

When the French Revolution broke out in 1789, he joined the National Guard in Lille. In 1791 he was appointed the colonel of the newly created Légion Franche de Cavalerie des Américains that was comprised mostly of men of color; it soon became known as the Légion Saint-Georges. Bologne became a war hero, serving on the front lines and successfully driving back an attack by Austrian forces.

But music was always at the center of the Chevalier’s life. He continued to write string quartets, concertos, symphonies and operas that were performed at Paris’ Palais-Royale. In an age when slavery was endemic, Saint-Georges, who was mixed-race, was, without doubt, one of its most celebrated men. Today the Chevalier de Saint-Georges is best remembered as the first known classical composer of African ancestry.

For far too long, the ideas of who the great composers are and which are the important stories of music history have not been built on cultural inclusion and equity. Consequently, Classical Kids is dedicated to doing the important work of expanding our own programming and repertoire to promote these ideas within our organization, audiences, and collaborators.

In creating Saint Georges Sword & Bow, we have committed to pursuing connections and funding in order to engage Black, Indigenous, and People of Color (BIPOC) artists in the creative development process, on the stage, and in the recording studio.

Help us to set the stage for the Chevalier to once again make his entrance. The legacy of Joseph Bologne is still being written and, with your help, Classical Kids will introduce new generations of children (and their parents) to the extraordinary life and musical masterpieces of Saint-Georges. Won’t you help us achieve this important and impactful project dedicated to represent a more diverse understanding of our cultural history?

Saint-Georges’ Sword and Bow is NOW AVAILABLE to book for the 2023-24 season!

REQUEST A QUOTE/HOLD YOUR DATE!​
Top