Classical Kids Live! is the leading provider of school and family concert series programming for major symphony orchestras throughout the world. For the past two decades, the concert series has collaborated with hundreds of distinguished orchestras, presenting more than a thousand performances, and introducing over two million children and their family members to the extraordinary lives and musical masterpieces of the great classical composers.

It all started with a $450 demo tape. That tape led series creator Susan Hammond of Toronto to make the first Classical Kids recording, Mr. Bach Comes to Call. Over two decades later, Classical Kids has grown to include best-selling and award-winning CDs, DVDs, educational resources, books and touring symphony productions. 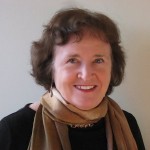 Hard to believe that such a successful series started out from Susan Hammond’s dining room table. “One day I was reading to my girls with some music on in the background,” says Hammond. “I was struck by how they responded to the literature in a different way when enhanced by music. I thought, ‘I can do this!'” Her work paid off when, after an appearance on CBC radio, more than 4,000 listeners called the station, as well as Hammond’s home, to order Mr. Bach Comes to Call.

Since that time, Classical Kids has created new generations of classical music fans through its unique blend of dramatic stories based on historical fact and musical masterpieces by the world’s best-loved composers. Now with millions of copies sold and over 100 prestigious awards and honors, the audio series has achieved many impressive milestones.

Paul Pement met Sue Hammond in the Fall of 2002 after a family friend put them in touch with each other. Sue was looking for the right person to produce the international symphony concert series from the US. Paul, an actor and director in Chicago, fit the bill. The two met in Toronto and hit it off. In 2003 an agreement was signed for Paul to independently produce the Classical Kids Live! symphony concert series world-wide through his own production company, Pement*Ent, Inc.

Over the years to come, Paul gained extensive experience and knowledge regarding the business-operational and artistic-production obligations required to professionally and successfully produce the concert series. The majority of his time, energy, and financial resources were focused on the improvement of operational systems and artistic production elements of the live shows.

Today, Classical Kids CDs and DVDs are produced and distributed by the Children’s Group, a division of Linus Entertainment out of Toronto. The Classical Kids Live! symphony concert series is now produced and presented by the not for profit organization Classical Kids Music Education, still led by Paul Pement out of Chicago, and provides symphony orchestras with exceptional, professional, and affordable theatrical concert productions in combination with comprehensive educational resources that instill a lifelong appreciation for classical music.

Sue Hammond’s influence and spirit are at the heart of Classical Kids Music Education and continues to be a central source of inspiration for its work. Paul’s theatrical background as an actor and director has provided him the professional experience necessary to envision and deliver high-quality, arts-educational entertainment. But more importantly, it is his core personal and artistic values, aligning with Sue’s original work and vision, which is central to the leadership and success of the organization’s mission and its continued work.